Literally, running through the pain and uncertainty. 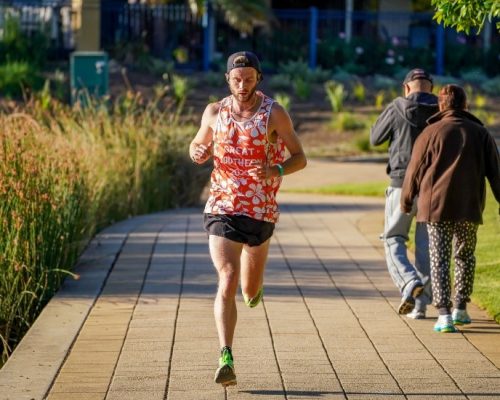 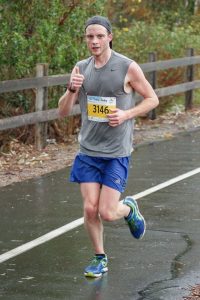 Symptoms?  Reflux at all times of the day, regardless of what I ate.

Did medication help?  Yes, one Nexium 30mg tablet every morning treated my symptoms

Why have the surgery? I was having issues with skin rashes that a dermatologist thought was caused by the Nexium, I went off the Nexium for 3 months and my skin issues cleared up so I wanted to fix the reflux without the need for medication for the rest of my life.

Would I have the surgery again? Debatable, it’s changed my lifestyle completely, I started eating a lot better and getting fitter, however I do miss not being able to vomit and sometimes struggle to swallow dense foods, like BBQ meat and leafy vegetables.

The beginning: My story starts as an Australian 23 year old male with constant reflux, my diet probably wasn’t the best, however I would suffer what I thought was severe reflux late at night without eating anything at all, or even just after eating a banana. I also would have random bouts of vomiting and my teeth weren’t the best, I’m not sure it was all due to the reflux, however I would read everywhere on the internet that it didn’t help. I went and saw my GP and he prescribed me some Nexium. He said “take this for a month, see how it works, then come back”.  A month later, it was working very well, it was 30mg, once daily, and it removed all my reflux. When I saw my GP again, he wanted me to do it for another month, however I was hoping after a month he’d have another solution for me, as I’ve never liked taking tablets to mask something that could be treated otherwise. A month after the second does, he wanted me to keep going, however I wasn’t happy with that, I wanted an alternative so he referred me to a gastroenterologist.

The Gastroenterologist appointment: On first appointment with Darren, he thought it was wise to send me for an endoscopy that involves being put under and having a scope/camera down the throat to look at the internals. During my scope they found the “Z Line” which I believed that the time was the diaphragm between the stomach and diaphragm wasn’t closing properly, however on the plus side I didn’t have many ulcers caused by the reflux. Darren informed me that there is a procedure called a fundoplication that involves wrapping the stomach around the esophagus and stitching it in place, he said this will close the diaphragm and overtime it’ll open slowly and the end result will be a fully working diaphragm.

Fun Fact: Most people seem to believe that reflux is caused by excess stomach acid but it’s caused by low stomach acid, and low acid causes slow digestion which means the acid has time to creep up to the diaphragm before moving on in the digestion process.

The Pros: Darren informed me that the pro’s of the surgery is that I won’t need medication anymore, and with the reflux not getting past the diaphragm my teeth won’t break down due to the acid, and  my random bouts of vomiting should no longer occur.

The Cons: Darren was very straight with the con’s, I wouldn’t be able to vomit anymore, some people can after the surgery, but you basically have to accept that you probably won’t be able to, the body will try, and you will gag, but no contents will come up pass that diaphragm, so if you’re sick, it all comes out the back end.  Another con is the lack of being able to belch from the stomach meaning you will produce more gas and fart more often, and bloating especially in the couple of years after recovery can cause quite a bit of pain until you can relieve it from farting.

My decision: The two years proceeding this appointment I had under gone surgery twice, once for a contorted testicle, and the other for an inguinal hernia, so I wasn’t new to surgery, and I didn’t give this procedure the respect it deserves. Darren tried to talk me out of it as in comparison to others my symptoms weren’t the worst, and the fact I could manage it with medication I should just stick with it, or be patient and not rush it. Regardless of that good advice I went ahead had the 24  PH test, saw a surgeon and booked In the surgery. In hindsight, what I should’ve done is tried alternative medications , asked the surgeon if a half wrap would be a better alternative (less side affects) and just been patient.

The surgery: The operation itself went fine, however I came out feeling very uncomfortable, my shoulder had this really aching pain and it wouldn’t go away and pain killers wouldn’t help. Before I  left hospital I had to have a Barium swallow to make sure the wrap was intact, and that was successful so I was on my way home a day after the operation.

Recovery The recovery was a roller coaster, it took me about 8 months before I felt safe eating most solid foods, and took me about 2 years to really understand gut health and how much that would make my daily life more comfortable. I was on a liquid diet for the first 2 weeks, week 3 I was eating a lot of mince beef, and yoghurt. I honestly cried after every meal because I was always hungry, it took so long to eat and I felt sick after every meal, it’s certainly not the easy recovery I had from other surgeries. I felt bloated every day, so I had to keep walking around the back yard to help this, and the gas trapped in my shoulder made resting so hard, so I had to wait for that to settle. I won’t lie, regardless of where I am now, I still think about those few initial weeks, and those thoughts can still break me. 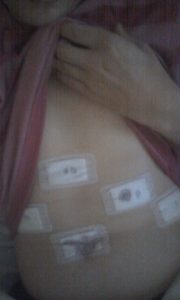 After five weeks I was back at work and slowly introducing more solid foods to me diet, I lost 15 kilos in the first two weeks, and was currently weighing 62kg’s (5ft 10).

After about five months, I decided to try to do some exercise, I felt week after losing all that weight, didn’t feel like doing any weights so I figured I’d starting by doing some running around the block. I started by running 2.3K’s at a time, then eventually upped that to 5k’s and did that about twice a week. At first I was bloating a lot, it was very uncomfortable, it stopped me a few times, and it also ruined my appetite for a while after as it would take some time to settle down.

First illness: My first illness would’ve been about 6 months in, I seemed to have gotten a stomach bug, gastro or something like that. I tried dry reaching but nothing would come up, I was coughing up blood because of the constant retching, and so my partner and I drove me to the emergency room. They put me in a private room in case I was contagious, they loaded me up with medication to stop the diarrhea and the vomiting. I slept for quite some time after this. I went home the next day but every time for the next week whenever I ate food I feel queasy and wasn’t hungry. At this point I didn’t know why I felt the way I did, I realized I hadn’t had a proper bowel movement (poo) for the week and that the pain killers and gastro medication the hospital gave me constipated me and I was in a state of constant bloating. I race home, used two small disposable enemas and I was good as new. This is when I learnt how much we have to be careful not to get constipated (I stopped eating bananas every day and increased my water intake) because otherwise we just bloat and that caused all sorts of issues. After this I also added pro and prebiotics to me diet and that changed everything!

Moving forward? I had made it through the hard stuff, I was learning how to manage my food, I was still running a couple of times a week and I was starting to understand how I need to look after my body. I was feeling good for the most part, so I decided to enter a running race, a 15K race in the middle of winter in Henley Beach SA.

Little did I know this would be the start of something else for me, a couple of months after this race I signed up to run the Adelaide Half Marathon and then just kept doing, race after race. The running made me feel strong again, because post-surgery I lost the wright so I was a lot lighter and so running was just the right fit.

I also discovered “Park Run”, it’s a free 5km timed run, I was shocked, I was used to paying for all my runs. Park Run also helped me stay fit because the community involvement was incredible, plenty of people to meet, and there were people of all skill levels there. So I tried to spend as many Saturday mornings at 8am out at a parkrun, it was something I really looked forward too.

The next couple of years would be me slowly navigating my life post-surgery. Some weekends I would drink a bit too much, make myself sick and have to sleep it off, some flights I would take interstate I would take anti-nausea meds that would put me to sleep. On the topic of drinking, right after the operation I had to remove soft drink from my diet completely, the carbonation is nasty for the bloating, I couldn’t drink beer for the same reason. So if I wanted to drink, it was a neat whiskey or a red wine, which was actually really good for me, because now I really enjoy drinking neat whiskey.

I also carried on with my running, I made some fantastic friends in the running community, I joined a running club and started training consistently, I’m currently 5.5 years post operation and couldn’t be happier with how my training is going, I run approx. 60k’s a week, am in the gym doing strength work twice a week and work as a heavy diesel mechanic so physically this surgery has maybe only helped me.

To summarise what I’ve been able to achieve with my running post surgery:

Of course there have been times where I feel my stomach has limited me slightly, sometimes I push too hard and get a cramp and it takes an hour for it to settle but most of the time that happens at night and I honestly just go to bed early, but I generally need the sleep anyway.

Summary: I can’t really say ,I’d have the surgery again if I had my time over, I would probably try some other anti-reflux meds first and change me diet and see what happens.

You can see I started the recovery feeling very weak and wasn’t a fan of my experience, but as time went on and I started moving forward with something that gave me a sense of fitness, and accomplishment, that snowball just kept rolling and here I am 5 years later writing this, and realizing how well I have come out of this whole situation.

Question, would I be here if I didn’t have the operation?